LOTEY ASSOCIATES AND LOTEY IMMIGRATION ASSOCIATES- the two organizations established to serve the community with multiple services in relation to Immigration, Insurance and other related services.

It is the new innovative idea to facilitate the Immigration related services under one roof. The whole motive encircles around the fact that the new age has introduced man to many innovations and eased many difficulties. We all have an innate capacity to be aware of the present moment.

If you feel like you have enough to do, don’t worry, being present only ever requires a shift in attention and if you are already here, why not actually be here?

All services under one roof at one stop.

LOTEY IMMIGRATION ASSOCIATES Originated in 2018 officially but the roots have been emanated in the last decade; incidental to the Immigration Plus formed by Mr. Ranjit Sohal.

Mr. Navneet Singh Lotey, the Director of Lotey Immigration Associates found this organization based on the knowledge, experience and vigorous involvement in Immigration to Canada laws and regulations.

Navneet is well qualified with the know-how grasp in relation to the Immigration and Citizenship matters. He joined hands with Mr. Sarwan Singh, the director of International Immigration and Allied Services in 2014 and nurtured himself with the phenomenal peculiarities of providing the optimum Immigration services.

Upon earning the factual hands on experience, Mr. Navneet Singh Lotey secured the designation of Regulated Canadian Immigration Consultant and Commissioner for Oaths.

Pillars Of The Corporation:

Above all, the real credit of LOTEY IMMIGRATION ASSOCIATES AND LOTEY ASSOCIATES formation goes to Mr. INDERJIT SINGH LOTEY and Ms. PARMJIT KAUR LOTEY; parents of Navneet Singh Lotey. They are the ones who have always encouraged the children to achieve and jump the hurdles that come in the way. It is not only the moral guidance but also the professional experience of parents that is helping the LOTEY to succeed.

Mr. Navneet is the first generation in the family who turned out to be entrepreneurs and with God’s grace stepping ahead with goose pace. However, Mr. INDERJIT SINGH LOTEY, is a retired Air Force Officer and retired Insurance Advisor in Government organization- Life Insurance Corporation of India (LIC) and the attributes like discipline and customer service skills have been inherited from father.

LOTEY IMMIGRATION ASSOCIATES has been formed to serve the community with knowledge being earned through experiences. The corporate profile encircles the members who all are Immigrants to Canada and they strive to provide the best pathway that leads to success through their own experiences. Canadian Immigration has multiple options to get settle and in order to fetch out the right one becomes the major challenge. As the saying goes, “Little Knowledge is the dangerous thing”. So to avoid hit and trial, our team promise to steer the client in right direction and sort out the practicable possibilities.

One phone call may turn the dream to reality and Clients become much attached to the fitter who they feel understands them.

So our aim is to fully understand the needs of client and advise them wisely.

The Lotey Immigration Associates vision and mission is to provide personalized, timely, affordable and qualitative counseling, advice and representation to individuals regarding Canadian immigration programs, policies, procedures and legal issues.

Reasons to choose us: 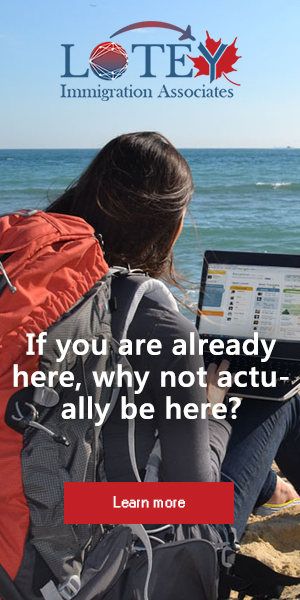